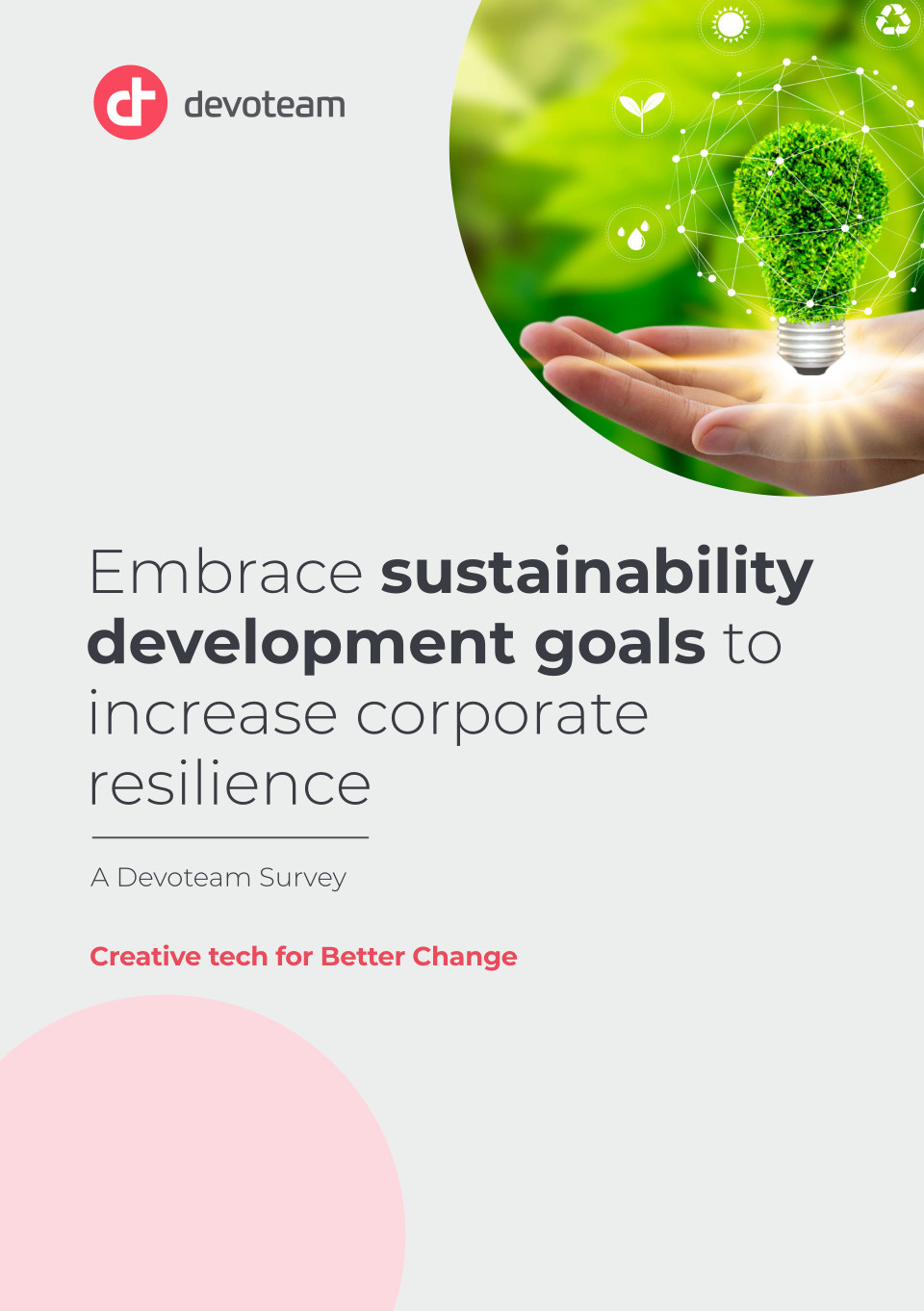 Understanding the Impact of the UN Sustainable Development Goals on Business

The importance of technology in sustainability

Transforming Sustainability into bottom line value: The role of rechnology and digitalization

Understanding the Impact of the UN Sustainable Development Goals on Business

The importance of technology in sustainability

Transforming Sustainability into bottom line value: The role of rechnology and digitalization

So far, we can summarize that most businesses see the SDGs, and sustainability in general, as being very important. Both internally and externally, it appears that there are significant expectations for the company to demonstrate that they are SDG compliant, and that they are focusing on impacting core areas.

These findings are remarkable for a number of reasons. First of all, we would expect that an issue such as sustainability, which is owned at the top of the organization and cited as being critical to an organization’s success and strategy, would also add value to the company or organization. Furthermore, reduction of energy, resources, waste and transportation should be easy to account for. Our view is that reporting within these areas represents a significant potential for improvement. Interviews of Nordic directors and business leaders indicated the same thing. As one participant put it:

This dichotomy is striking, and our hypothesis is that for most organizations, sustainability continues to be something they understand is important at a metalevel, and it is something they are being told is critical both internally and in the market. On the other hand, the study suggests that sustainability continues to be a “button hole item”, in other words important or critical for the brand, but – operationally and certainly financially – not understood or applied correctly to improve the performance of the organization.

This begs the question: what are the underlying reasons that sustainability has such unclear effects on the bottom line of companies?

The answers in our study suggest that some of the reason is that there are a number of barriers in addition to low ROI. Out of those who mentioned significant barriers, more than half reported that they were lacking in resources or competencies. This was also mentioned by a number of our interviewees as being critical to delivering on the SDG agenda.

Additionally, high costs are certainly another barrier (one in four reported this as a significant barrier). This was also highlighted in our interviews, where one Swedish CEO put it this way:

But perhaps it is also a barrier that companies find it difficult to measure the impact and that following up on the work on sustainability is far from being integrated into the day-to-day management in the companies. For example, just one out of every ten companies follow up every month (or more frequently), and only 20% of businesses include KPIs on sustainability activities in their regular management reports (Figure 6). This clearly indicates that the SDGs are seen as less important than sales or sick leave, for example. As one CFO in a major Danish organization said:

What we see from the survey is that many organizations fail to set specific and clear goals in their sustainability work, and even fewer actually follow up on actions and objectives. Our interpretation of this is that most organizations are playing a catch-up game, were the importance of the SDGs is becoming increasingly clear. On the other hand, the operational and financial understanding of how they impact the organization is being hampered by a lack of experience, competencies, data and governance.